They tore down the old movie palaces,
Ripped up streetcar tracks, widened avenues.
Lampposts, curbs with their trees vanished.
They knew, who came after,
A story of departing hands and affairs, that mostly
Went untold, unless someone who was there once
Visited the old neighborhood, and then
They would tell about it, the space
Of an afternoon, how it happened in the afternoon
So that no record, no print of it could exist
For the steep times to come. And sure enough,
Even as the story ended its shadow vanished,
A twice-told tale not to be told again
Unless children one day dig up the past, in the attic
Or under brush in the back yard: “What’s this?”
And you have to tell them, will have to tell them then
That the enormous nature of things had a face
Once and feet like any human being, and one day
Broke out of the shell that had always been,
Changed its answers to lies, youthful ambition
To a quirk of the past, a fancy, of some
Antiquarian concern that this damaged day can never
Countenance if we want to live past the rope
Of noon, reach the bald summits by late afternoon.

Surely we are protected, surely someone thinks of us
Often enough to keep the stain from setting, surely
All of us are alike and know each other from earliest
Childhood, for better or for worse: surely we eat
Breakfast each day, and shit, and put the kettle on the stove
With much changing of the subject, much twisting the original
Premise back to the nature of the actual itch
Engulfing us, now. And when we come back
From an outing expect to find the furniture magically
Rearranged to accommodate revised, smaller projects
No one bothers to question, except polite Puss-in-Boots with what
Is in effect a new premise: “Try this one, the dust
Shows less on these rather sad colors; the time
To get started and gain time, however brief, over the neighbors
Quarreling into sunset, once you’ve convinced them you’re
Not playing and therefore not cheating. When the princess
Comes to see you on some perfectly plausible pretext, you’ll know
The underground stream that has never stood still is the surface
And the theater for all that is to come. Too bad the revisions
Will never be adopted, but how lucky for you, now,
The change of face. Good times follow bad.”

And the locket is still on the chain on a throat.
The askers, the doers, fall into silent confusion
As it comes time to stand up like a sheet of metal
In the blast of sunrise. I will do this, I can do no more.
I cannot think on the edge of a platform.

But the abandonment by love is a de facto sign
Of something else coming along,
Something similar in its measuredness:
Sweetness of things late, a memory for particulars
As lively as though they happened still. As indeed
They do sometimes, though like the transparent bricks
In a particular dream, they cannot always be seen. 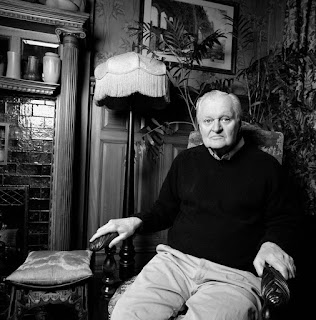