The Palace by Kaveh Akbar

The Palace
It’s hard to remember who I’m talking to
and why. The palace burns, the palace
is fire
and my throne is comfy and
square.
--
Remember: the old king invited his subjects into his home
to feast on stores of apple tarts and sweet lamb. To feast on sweet lamb of
stories. He believed
they loved him, that his goodness
had earned him their goodness.
Their goodness dragged him into the street
and tore off
his arms, plucked
his goodness out, plucked his fingers out
like feathers.
--
There are no good kings.
Only beautiful palaces.
--
Who here could claim to be merely guilty?
The mere.
My life
growing monstrous
with ease.
To be an American my father left his siblings
believing
he’d never see them again. My father
wanted to be Mick Jagger. My father
went full ghost,
ended up working on duck farms for thirty years, once a sleep
a couch,
he coughed up a feather.
--
America could be a metaphor, but it isn’t.
Asleep on the couch, he coughed up a white duck feather.
--
There are no doors in America.
Only king-sized holes.
--
To be an American is to be a scholar
of opportunity.
Opportunity costs.
Every orange I eat disappears the million
peaches, plums, pears I could have eaten
but didn’t.
In heaven, opportunity costs.
In her heaven
my mother grows
peaches, plums, pears, and I eat them till I pass out
and wake up in heaven;
wake up, and eat some more. I couldn’t dream of doing anything
by halves. Whatever it is, I’ll take the whole
bouquet. Please and soon.
--
Are you still listening?
Every person I touch
costs me ten million I’ll never meet. Persons and persons,
inside each
a palace on fire. Inside each
Mick Jagger wearing a gorilla-pelt coat covered in ostrich feathers.
He calls it “glamouflage.”
--
What’s gone, but still seen?
--
Luckless soldiers,
the pencil pushed slowly through my brother’s tricep.
(What’s gone, but still seen?)
He didn’t scream, just let his eyes water.
If I smile even a little: they start sharpening their swords.
And they’re right. This is no time for joy.
This is no time. The palace burns.
Pencil pushes slowly through my brother’s brother.
(What’s still, but seen gone?)
--
A king governs best
in the dark, where you can’t see his hands move. A king
doesn’t see us
watching the king.
We sew God’s initials into our workshirts
while our babies get thinner.
The babies do not see us
watching our babies
get thinner.
Our babies born addicted to fear of babies.
Our babies gumming apples in the sun.
--
America? the broken headstone.
America? far enough away from itself.
--
Hello, this is Kaveh speaking:
I wanted to be Keats
(but I’ve already lived four years too long).
Hello, this is Keats speaking:
it is absurd to say anything now
(much less anything new).
Hello, this is no one speaking:
hibiscus bloom, wet feathers,
(a tiny thumb of ash).
--
To be American is to be a hunter.
To be American. Who can be American?
To be American is to be? What? A hunter? A hunter
who shoots only money.
No, not money—
money.
--
I have a kitchen device
that lets me spin lettuce.
There is no elegant way
to say this—people
with living hearts
that could fit in my chest
want to melt the city where I was born.
At his elementary school in an American suburb,
a boy’s shirt says: “We Did It To Hiroshima, We Can Do It To Tehran!”
--
At his elementary school in an American suburb,
a boy’s shirt says: “We Did It To Hiroshima, We Can Do It To Tehran!”
--
The take-home trophy:
roasted goat baying on the spit.
--
A boy’s shirt says: “We Did It To Hiroshima, We Can Do It To Tehran!”
He is asked to turn his shirt inside out.
He is asked? His insides, out.
After he complies, his parents sue the school district.
Our souls want to know
how they were made,
what is owed.
These parents want their boy
to want to melt my family,
and I live among them.
Palace throne. Comfy, burning.
I draw it without lifting my pen.
I draw it fat as creation—
empty as a footprint.
--
How to live? reading poems, breathing shallow,
spinning lettuce.
--
America the shallow breath,
how to live?
The shallow trap, America
catching
only what is too small to eat.
--
The dead keep warm under America
while my mother fries eggplant on a stove.
--
I am not there.
I am elsewhere in America (I am always
elsewhere in America) writing this, writing this, writing this, English
is my mother’s first language,
but not mine.
I might have said bademjan.
I might have said khodafez.
Sizzling oil, great fists of smoke, writing this.
--
The first insect drawn by man was a locust.
Art is where what we survive survives.
Sizzling oil, great fists of smoke. Art. Sizzling oil. Art.
My mother fries eggplant. The first
insect drawn by man survives.
--
Who to kiss the prom queen?
Brain pulsing like an oyster.
Who to win the war?
America rises
covered in
the tiny grains of its own making:
fresh bread pocked with flour dust.
Mistyping in an e-mail I write,
I lose you so much today,
then leave it.
Forbidden mercies, windmills spinning around
like drunk teenagers.
--
Any document of civilization is also a document of barbarism
says the palace, burning.
I, a man
am what I do not say.
America I warn you if you invite me into your home
I will linger,
losing, kissing my beloveds frankly,
pulling up radishes
and capping all your pens.
There are no good kings,
only burning palaces.
Lose me today, so much. 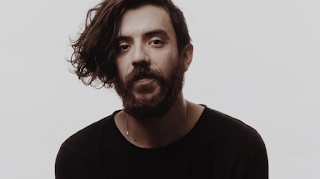