The Autobiography of Khwaja Mustasim by Amit Majmudar

The Autobiography of Khwaja Mustasim

I stood for twenty years a chess piece in Córdoba, the black rook.

I was a parrot fed melon seeds by the eleventh caliph.

I sparked to life in a Damascus forge, no bigger than my own pupil.

I was the mosquito whose malarial kiss conquered Alexander.

I bound books in Bukhara, burned them in Balkh.

In my four hundred and sixteenth year I came to Qom.

I rode as a louse under Burton’s turban when he sneaked into Mecca.

I butchered halal in Jalalabad.

I walked that lush Hafiz home and held his head while he puked.

The nails in which were taken from my brother’s coffin.

My sister’s widowing sighed sand in a thousand Kalashnikovs.

I buzzed by a tube light, and three intelligence officers, magazines rolled,

hunted me in vain.

Here I am at last, born in a city whose name, on General Elphinstone’s 1842

A mullah for a mauled age, a Muslim whose memory goes back farther than

year-old Omar Khayyám to the constellations. 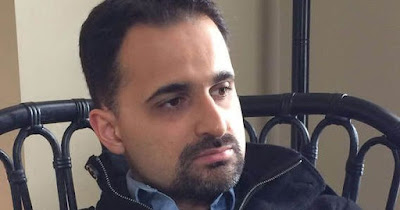