Ode to Magic by Bob Hicok

Do the one where you bring the woman
back from the dead, his host, the king, commanded,
but the magician would not.

He did the one in which he was one half
of the folk-indie duo Heartwind.

He did the one that required a volunteer tornado
from the audience.

He did the one in which the lungs of a warlord
are filled with lava.

But he would not bring the woman back from the dead.

Everyone is alive as long as the poem is alive.

The king wears a crown of a thousand crows.

The queen keeps three lovers inside the castle
of her dress, the third a spare for the second,
the second a technical advisor to the first.

The magician’s tongue is nothing but the word
abracadabra and the dead woman has just written
cotton candy on her shopping list, just written
antelopes and reminded the poet
he is running out of things to say.

The queen asks him, Do the one in which your heart
is folded over and pounded with moonlight,
in which you claim to miss everything —
I like how big your arms are in that one,
your throat the size of the universe
before silence gets the last word.

Oh, that one, the poet says, is this one,
is the only one.

Listen to it sound like shucked corn,
like a single blade of grass eating sun,
like any train or noisemaker or hallelujah
that will keep this line from being
the last line, and this line
but not the coming line, the hush,
the crush it is. 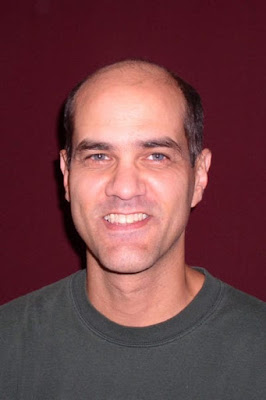 Posted by Anonymous at 7:19 AM