The Apple Trees at Olema by Robert Hass

The Apple Trees at Olema

They are walking in the woods along the coast
and in a grassy meadow, wasting, they come upon
two old neglected apple trees. Moss thickened
every bough and the wood of the limbs looked rotten
but the trees were wild with blossom and a green fire
of small new leaves flickered even on the deadest branches.
Blue-eyes, poppies, a scattering of lupine
flecked the meadow, and an intricate, leopard-spotted
leaf-green flower whose name they didn’t know.
Trout lily, he said; she said, adder’s-tongue.
She is shaken by the raw, white, backlit flaring
of the apple blossoms. He is exultant,
as if some thing he felt were verified,
and looks to her to mirror his response.
If it is afternoon, a thin moon of my own dismay
fades like a scar in the sky to the east of them.
He could be knocking wildly at a closed door
in a dream. She thinks, meanwhile, that moss
resembles seaweed drying lightly on a dock.
Torn flesh, it was the repetitive torn flesh
of appetite in the cold white blossoms
that had startled her. Now they seem tender
and where she was repelled she takes the measure
of the trees and lets them in. But he no longer
has the apple trees. This is as sad or happy
as the tide, going out or coming in, at sunset.
The light catching in the spray that spumes up
on the reef is the color of the lesser finch
they notice now flashing dull gold in the light
above the field. They admire the bird together,
it draws them closer, and they start to walk again.
A small boy wanders corridors of a hotel that way.
Behind one door, a maid. Behind another one, a man
in striped pajamas shaving. He holds the number
of his room close to the center of his mind
gravely and delicately, as if it were the key,
and then he wanders among strangers all he wants. 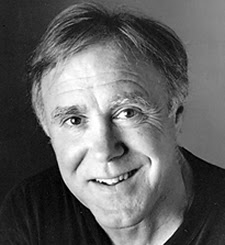