from An Explanation of America: A Love of Death by Robert Pinsky

from An Explanation of America: A Love of Death

Imagine a child from Virginia or New Hampshire
Alone on the prairie eighty years ago
Or more, one afternoon—the shaggy pelt
Of grasses, for the first time in that child’s life,
Flowing for miles. Imagine the moving shadow
Of a cloud far off across that shadeless ocean,
The obliterating strangeness like a tide
That pulls or empties the bubble of the child’s
Imaginary heart. No hills, no trees.

The child’s heart lightens, tending like a bubble
Towards the currents of the grass and sky,
The pure potential of the clear blank spaces.

Or, imagine the child in a draw that holds a garden
Cupped from the limitless motion of the prairie,
Head resting against a pumpkin, in evening sun.
Ground-cherry bushes grow along the furrows,
The fruit red under its papery, moth-shaped sheath.
Grasshoppers tumble among the vines, as large
As dragons in the crumbs of pale dry earth.
The ground is warm to the child’s cheek, and the wind
Is a humming sound in the grass above the draw,
Rippling the shadows of the red-green blades.
The bubble of the child’s heart melts a little,
Because the quiet of that air and earth
Is like the shadow of a peaceful death—
Limitless and potential; a kind of space
Where one dissolves to become a part of something
Entire ... whether of sun and air, or goodness
And knowledge, it does not matter to the child.
Dissolved among the particles of the garden
Or into the motion of the grass and air,
Imagine the child happy to be a thing.

Imagine, then, that on that same wide prairie
Some people are threshing in the terrible heat
With horses and machines, cutting bands
And shoveling amid the clatter of the threshers,
The chaff in prickly clouds and the naked sun
Burning as if it could set the chaff on fire.
Imagine that the people are Swedes or Germans,
Some of them resting pressed against the strawstacks,
Trying to get the meager shade.
A man,
A tramp, comes laboring across the stubble
Like a mirage against that blank horizon,
Laboring in his torn shoes toward the tall
Mirage-like images of the tilted threshers
Clattering in the heat. Because the Swedes
Or Germans have no beer, or else because
They cannot speak his language properly,
Or for some reason one cannot imagine,
The man climbs up on a thresher and cuts bands
A minute or two, then waves to one of the people,
A young girl or a child, and jumps head-first
Into the sucking mouth of the machine,
Where he is wedged and beat and cut to pieces—
While the people shout and run in the clouds of chaff,
Like lost mirages on the pelt of prairie.

The obliterating strangeness and the spaces
Are as hard to imagine as the love of death ...
Which is the love of an entire strangeness,
The contagious blankness of a quiet plain.
Imagine that a man, who had seen a prairie,
Should write a poem about a Dark or Shadow
That seemed to be both his, and the prairie’s—as if
The shadow proved that he was not a man,
But something that lived in quiet, like the grass.
Imagine that the man who writes that poem,
Stunned by the loneliness of that wide pelt,
Should prove to himself that he was like a shadow
Or like an animal living in the dark.
In the dark proof he finds in his poem, the man
Might come to think of himself as the very prairie,
The sod itself, not lonely, and immune to death.

None of this happens precisely as I try
To imagine that it does, in the empty plains,
And yet it happens in the imagination
Of part of the country: not in any place
More than another, on the map, but rather
Like a place, where you and I have never been
And need to try to imagine—place like a prairie
Where immigrants, in the obliterating strangeness,
Thirst for the wide contagion of the shadow
Or prairie—where you and I, with our other ways,
More like the cities or the hills or trees,
Less like the clear blank spaces with their potential,
Are like strangers in a place we must imagine. 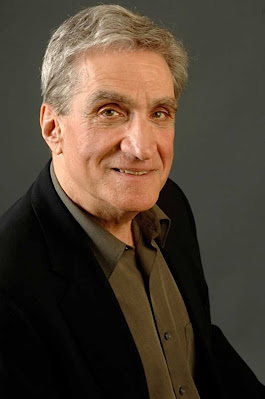