To a Dead Rat Found in a Park by Mário Cesariny

To a Dead Rat Found in a Park
Here this creature ended its vast career
as a dark and living rat beneath the starry expanse
its diminutive size only humiliates
those who want everything to be enormous
and who can only think in human or arboreal terms
for surely this rat used as well as it knew how (or didn’t know)
the miracle of its tiny feet – so close to its snout! –
which were after all just right, serving perfectly
for clawing, scurrying, securing food or beating a retreat, when necessary
So is everything as it should be, O “God of small cemeteries”?
But who knows who can know when a mistake has been made
in hell’s central offices? Who can be sure
that this creation so disdained by the world
but with a world inside it
wasn’t initially conceived to be a prince or judge of nations?
The worries it aroused in housewives and physicians!
Who are we to play at good and evil when they’re beyond us?
Some lad understood the uniqueness of its life
and ran over it with the wheel by which, eye to eye,
the vicitim and the executioner love each other
It had no friends? It deceived its parents?
It ran all about, a tiny body that had fun
and now just lies there, gooshy, smelly.
What sort of conclusion does this poem,
without exaggeration, merit?
Romantic? Classical? Regionalist?
What end belongs to a brave and humble body
killed at the height of its lyrical powers?
(Translated by Richard Zenith) 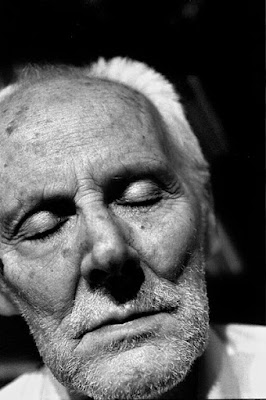 Posted by Anonymous at 8:03 AM