A Speech at the Lost-and-Found by Wisława Szymborska

A Speech at the Lost-and-Found

I lost a few goddesses while moving south to north,
and also some gods while moving east to west.
I let several stars go out for good, they can’t be traced.
An island or two sank on me, they’re lost at sea.
I’m not even sure exactly where I left my claws,
who’s got my fur coat, who’s living in my shell.
My siblings died the day I left for dry land
and only one small bone recalls that anniversary in me.
I’ve shed my skin, squandered vertebrae and legs,
taken leave of my senses time and again.
I’ve long since closed my third eye to all that,
washed my fins of it and shrugged my branches.

Gone, lost, scattered to the four winds. It still surprises me
how little now remains, one first person sing., temporarily
declined in human form, just now making such a fuss
about a blue umbrella left yesterday on a bus. 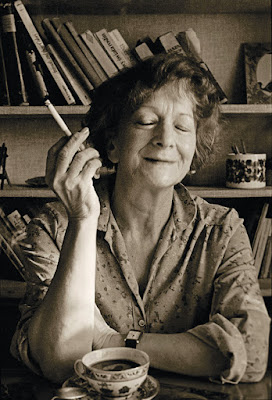 Posted by Anonymous at 9:41 PM