Autumn Leaves
Plop the live lobster into boiling water and let it scream.
You both turn red.
Of course you have to eat it dead.
There can be unfertilized roe
That will turn red also, maliciously delicious, called coral.
The colder the ocean waters the lobster came from, the sweeter
The meat boiled in the brain of heat.
The lobster at the end is as incontinent as falling leaves and doesn’t know.
It’s agony to be turning into something else—
And when you certainly weren’t intending to.
This room must be the bedroom, but it smells.
A mouse still alive is standing on the trap, stuck in glue,
Like a man trapped standing on the roof of his submerged car,
Or a woman making love to herself seated in front of a mirror.
Little shrieks from you as you try to get unstuck from you
Becomes a raving hippopotamus that sings and sobs.
The fuel for this ravisher unicycle of a world,
Going faster and faster, ever more horsepower,
Is not the president of the United States anymore.
The man on the roof of the car waves his arms.
The butterfly in love lands on fresh tar, tacky goo.
I’m turning into something I wasn’t intending to be—
In agony after the awful metamorphosis
Into a suddenly human being.
It’s so fascinating to watch a woman masturbating.
It makes your eyes turn blue.
You watch her doing it for you.
She’s watching, too.
You realize it’s true.
She’s doing it for you.
The man’s cell phone is soaked.
He’s stuck on top his submerged SUV yelling into the vast.
The new Swatch wristwatch on my wrist
Handcuffs the suspect for having sexual intercourse
With someone much younger, twisting in the noose.
Let them dangle and twist.
It’s agony turning into something else.
Some sort of cockroach that smells slightly rotten
Walks around on hairs for legs and mutters something,
Then puts on a fine suit and goes outside.
Outside it’s fall. This is the weather that people like,
Perfect for people who hate the heat.
The sun shines down at a different angle
Through the atmosphere, producing that look, that light.
A first responder is coming with a boat
To rescue the man from the roof of his car, a helicopter lowers a ladder
To the boiling lobster. Let me explain to you something
I’ve never understood. 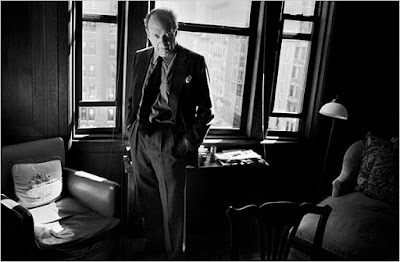