Wanting To Be White by Charif Shanahan

Wanting To Be White

How easy for the waterfall to turn back
into the river, the long, silent face
holding all that has passed through it
as though untouched,
undisturbed…. Then, within it,
a shadow moves—a turtle, or
kelp wavering, drifting, reaching,
trying to exist beyond its own watery nest—
and the face darkens,
quickens, stills. The waterfall
insists on its own incessant breaking, an anxiety,
a completion at once its own negation,
merging at its most opaque
with the waiting body, froth gathering, evaporating.
Sometimes I’ll come this far from home
merely to taste the air,
the always witness to this relentless constructed flow
unable to hold itself
beyond the falling of its own nature,
asserting itself only to destroy
itself. The sky is
sunless, ill-fitting, unhinging, barely awake. The river,
taking its motion from the surging above, urges,
persists, knowing
no way out, no way to extract
itself from its own circular endurance,
tenacious, whole, singularly minded
until it carries itself back to its own source. 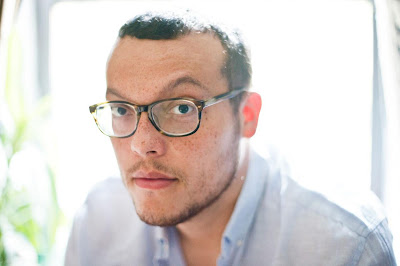