1
The sinner’s bouquet, house of shredded & torn
Dear John letters, upended grave of names, moon
Black kiss of a pistol’s flat side, time blueborn
& threaded into a curse, Lazarus of hustlers, the picayune
Spinning into beatdown; breath of a thief stilled
By fluorescent lights, a system of 40 blocks,
Empty vials, a hand full of purple cranesbills,
Memories of crates suspended from stairs, tied in knots
Around streetlamps, the house of unending push-ups,
Wheelbarrows & walking 20s, the daughters
Chasing their fathers’ shadows, sons that upset
The wind with their secrets, the paraphrase of fractured,
Scarred wings flying through smoke, each wild hour
Of lockdown, hunger time & the blackened flower.
2
Of lockdown, hunger time & the blackened flower —
Ain’t nothing worth knowing. Prison becomes home;
The cell: a catacomb that cages and the metronome
Tracking the years that eclipse you. History authors
Your death, throws you into that din of lost hours.
Your mother blames it all on your X chromosome,
Blames it on something in the blood, a Styrofoam
Cup filled with whiskey leading you to court disfavor,
To become drunk on count-time & chow-call logic.
There is no name for this thing that you’ve become:
Convict, hostage, inmate, lifer, yardbird, all fail.
If you can’t be free, be a mystery. An amnesic.
Anything. But avoid succumbing to the humdrum:
Swallowing a bullet or even just choosing to inhale.
3
Swallowing a bullet or even just choosing to inhale,
Both mark you: pistol or the blunt to the head
Escorting you through the night. Your Yale—
An omen, the memories, the depression, the dead
And how things keep getting in the way of things.
When he asked you for the pistol, and you said no,
The reluctance wasn’t about what violence brings.
His weeping in your ear made you regret what you owed.
On some days, the hard ones, you curse the phone,
The people calling collect, reaching out, all buried,
Surrounded by bricks. On some days, you’ve known
You wouldn’t answer, the blinking numbers as varied
As the names of the prisons holding on to those lives,
Holding on, ensuring that nothing survives.
4
Holding on, ensuring that nothing survives,
Not even regret. That’s the thing that gets you,
Holding on to memories like they’re your archives,
Like they’re there to tell you something true
About what happened. My past put a skew
On how I held her. Unaccustomed to touch,
I knew only dream & fantasy. Try to see through
That mire and find intimacy. It was just so much.
& then, the yesterdays just become yesterday,
A story that you tell yourself about not dying,
Another thing, when it’s mentioned, to downplay.
That’s what me and that woman did, trying
To love each other. What kind of fool am I,
Lost in what’s gone, reinventing myself with lies.
5
Lost in what’s gone, reinventing myself with lies:
I walk these streets, ruined by what I’d hide.
Jesus died for somebody’s sins, but not mine.
I barely see my daughters at all these days.
Out here caught up, lost in an old cliché.
But tell me, what won’t these felonies betray?
Did a stretch in prison to be released to a cell.
Returned to a freedom penned by Orwell.
My noon temptation is now the Metro’s third rail.
In my wallet, I carry around my daguerreotype,
A mugshot, no smiles, my name a tithe.
What must I pay for being this stereotype?
The pistols I carried into the night, my anchor;
The crimes that unraveled me, my banner.
6
The crimes that unraveled me—my banner.
Only a fool confesses to owning that fact.
Honesty a sinkhole; the truth doomed to subtract
Everything but prayer, turn my breath into failure.
Whiskey after prison made me crave amber,
Brown washing my glass until I’m smacked.
The murder of crows on my arm an artifact
Of freedom: what outlasts even the jailor.
Alas, there is no baptism for me tonight.
No water to drown all these memories.
The rooms in my head keep secrets that indict
Me still; my chorus of unspoken larcenies.
You carry that knowledge into your twilight,
& live without regret for your guilty pleas.
7
& live without regret for your guilty pleas—
Shit. Mornings I rise twice: once for a count
That will not come & later with the city’s
Wild birds, who find freedom without counsel.
I left prison with debts no honest man could pay.
Walked out imaging I’d lapped my troubles,
but a girl once said no to my closed ears, dismayed
that I didn’t pause. Remorse can’t calm those evils.
I’ve lost myself in some kind of algebra
That turns my life into an equation that zeroes
Out, regardless of my efforts. Algophobia
Means to fear pain. I still fear who knows
All I’ve done. Why regret this thing I’ve worn?
The sinner’s bouquet; house, shredded & torn. 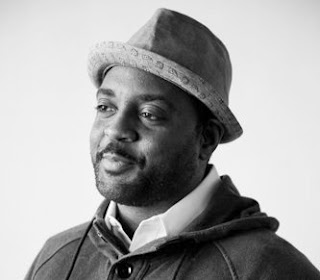