I had never seen anything like it. I was walking
out of the office of the braces doctor,
in the same building as the acne doctor,
I was on my way to the lunch counter
that had sandwiches on soft bread
with the crusts cut off—& people were blocking
the doors, following each other around
in a circle, like our junior high marching band,
& they were in the way, between me
& my sandwich. I went up to a lady who was watching,
& asked her what was happening,
& she told me about the segregated
lunch counters in the South—this was
a secondary boycott, of Woolworth’s. & I asked,
how do they choose who walks, & she said,
Anyone can. I had never seen anyone
saying no with their body, with their feet.
When I stepped toward the circle, a man walked a little
& there was a space for me, to sing
without making a sound, at last to be
unfaithful to my family,
stepping out on silence. 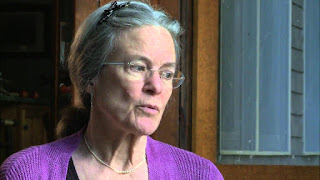