Abashingly eerie that just because I’m here on the long low-tide beach of age with
briny time
licking insidious eddies over my toes there’d rise in me those mad weeks a lifetime
ago
when I had two lovers, one who soaked herself so in Chanel that before I went to the
other
I’d scrub with fistfuls of salt and not only would the stink be vanquished but I’d feel
shame-shriven, pure,
which thinking about is a joke: how not acknowledge—obsolete notion or no—that
I was a cad.

Luckily though, I’ve hung onto my Cornell box of pastness with its ten thousand
compartments,
so there’s a place for these miniature mountains of salt, each with its code-tag of
amnesia,
and also for the flock of Donnas and Ednas and Annies, a resplendent feather from
each,
and though they’re from the times I was not only crass, stupid, and selfish but
thoughtless—
art word for shitty—their beaks open now not to berate but stereophonically warble
forgiveness.

Such an engrossing contrivance: up near a corner, in tinsel, my memory moon, still
glowing,
still cruel, because of the misery it magnified the times I was abandoned— “They
flee . . . oh they flee . . .”
I’d abrade myself then not with salt but anapests, iambs, enjambments, and here
they still are,
burned in ink, but here too, dead center, Catherine, with her hand-carved frame in
a frame—
like the hero in Westerns who arrives just in time to rescue the town she galloped up
to save me.

Well, I suppose soon the lid with its unpickable latch will come down, but the top
I hope will be glass,
see-through, like Cornell’s, so I’ll watch myself for a while boinging around like a
pinball,
still loving this flipper-thing life that so surprisingly cannoned me up from oblivion’s
ramp,
and to which I learned to sing in my own voice but sometimes thanks be in the voice
of others,
which is why I can croon now, “My lute be still . . .” and why I can cry, “For I have
done.” 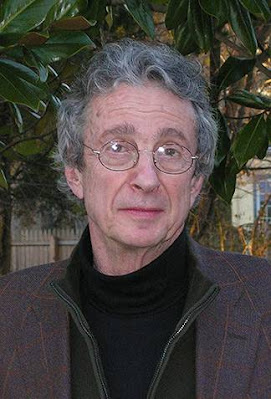