Every time it starts to snow, I would like to have
sex. No matter if it is snowing lightly and unseri-
ously, or snowing very seriously, well on into the
night, I would like to stop whatever manifestation
of life I am engaged in and have sex, with the same
person, who also sees the snow and heeds it, who
might have to leave an office or meeting, or some ar-
duous physical task, or, conceivably, leave off having
sex with another person, and go in the snow to me,
who is already, in the snow, beginning to have sex in
my snow-mind. Someone for whom, like me, this is
an ultimatum, the snow sign, an ultimatum of joy,
though as an ultimatum beyond joy as well as sor-
row. I would like to be in the classroom — for I am
a teacher — and closing my book stand up, saying
"It is snowing and I must go have sex, good-bye,"
and walk out of the room. And starting my car, in
the beginning stages of snow, know that he is start-
ing his car, with the flakes falling on its windshield,
or, if he is at home, he is looking at the snow and
knowing I will arrive, snowy, in ten or twenty or
thirty minutes, and, if the snow has stopped off, we,
as humans, can make a decision, but not while it is
still snowing, and even half-snow would be some
thing to be obeyed. I often wonder where the birds
go in a snowstorm, for they disappear completely.
I always think of them deep inside the bushes, and
further along inside the trees and deep inside of the
forests, on branches where no snow can reach, deep-
ly recessed for the time of the snow, not oblivious
to it, but intensely accepting their incapacity, and
so enduring the snow in brave little inborn ways,
with their feathered heads bowed down for warmth.
Wings, the mark of a bird, are quite useless in snow.
When I am inside having sex while it snows I want
to be thinking about the birds too, and I want my
love to love thinking about the birds as much as I
do, for it is snowing and we are having sex under
or on top of the blankets and the birds cannot be
that far away, deep in the stillness and silence of the
snow, their breasts still have color, their hearts are
beating, they breathe in and out while it snows all
around them, though thinking about the birds is not
as fascinating as watching it snow on a cemetery, on
graves and tombstones and the vaults of the dead,
I love watching it snow on graves, how cold the
snow is, even colder the stones, and the ground is
the coldest of all, and the bones of the dead are in
the ground, but the dead are not cold, snow or no
snow, it means very little to them, nothing, it means
nothing to them, but for us, watching it snow on the
dead, watching the graveyard get covered in snow, it
is very cold, the snow on top of the graves over the
bones, it seems especially cold, and at the same time
especially peaceful, it is like snow falling gently on
sleepers, even if it falls in a hurry it seems gentle,
because the sleepers are gentle, they are not anxious,
they are sleeping through the snow and they will
be sleeping beyond the snow, and although I will
be having sex while it snows I want to remember
the quiet, cold, gentle sleepers who cannot think of
themselves as birds nestled in feathers, but who are
themselves, in part, part of the snow, which is falling
with such steadfast devotion to the ground all the
anxiety in the world seems gone, the world seems
deep in a bed as I am deep in a bed, lost in the arms
of my lover, yes, when it snows like this I feel the
whole world has joined me in isolation and silence. 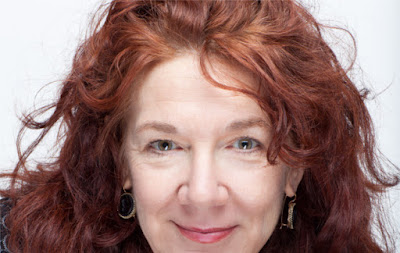