Asking for My Younger Brother by Franz Wright

Asking for My Younger Brother

I never did find you.
I later heard how you'd wandered the streets
for weeks, washing dishes before you got fired;
taking occasional meals at the Salvation Army
with the other diagnosed. How on one particular night
you won four hundred dollars at cards:
how some men followed you and beat you up,
leaving you unconscious in an alley
where you were wakened by police
and arrested for vagrancy, for being tired
of getting beaten up at home.
I'd dreamed you were dead,
and started to cry.
I couldn't exactly phone Dad.
I bought a pint of bourbon
and asked for you all afternoon in a blizzard.
In Hell
Dante had words with the dead,
although
they had no bodies
and he could not touch them, nor they him.
A man behind the ticket counter
in the Greyhound terminal.
pointed to one of the empty seats, where
someone who looked like me sometimes sat down
among the people waiting to depart.
I don't know why I write this.
With it comes the irrepressible desire
to write nothing, to remember nothing;
there is even the desire
to walk out in some field and bury it
along with all my other so-called
poems, which help no one—
where each word will blur
into earth finally,
where the mind that voiced them
and the hand that took them down will.
So what. I left
the bus fare back
to Sacramento with this man,
and asked him
to give it to you. 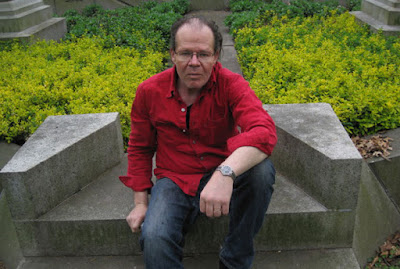 Posted by Anonymous at 4:36 AM