not an elegy for Mike Brown by Danez Smith

not an elegy for Mike Brown

I am sick of writing this poem
but bring the boy. his new name

his same old body. ordinary, black
dead thing. bring him & we will mourn
until we forget what we are mourning

& isn’t that what being black is about?
not the joy of it, but the feeling

you get when you are looking
at your child, turn your head,
then, poof, no more child.

think: once, a white girl

was kidnapped & that’s the Trojan war.

later, up the block, Troy got shot
& that was Tuesday. are we not worthy

of a city of ash? of 1000 ships
launched because we are missed?

always, something deserves to be burned.
it’s never the right thing now a days.

I demand a war to bring the dead boy back
no matter what his name is this time.

I at least demand a song. a song will do just fine.

look at what the lord has made.
above Missouri, sweet smoke. 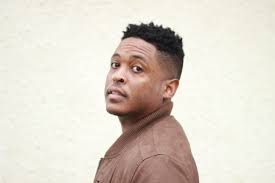 Posted by Anonymous at 8:39 PM