I love sweets,—
heaven
would be dying on a bed of vanilla ice cream ...

But my true self
is thin, all profile

and effortless gestures, the sort of blond
elegant girl whose
body is the image of her soul.

—My doctors tell me I must give up
this ideal;
but I
WILL NOT ... cannot.

Only to my husband I’m not simply a “case.”

But he is a fool. He married
meat, and thought it was a wife.

I ask my doctors, and they tell me they
don’t know, that it is just “given.”

But it has such
implications—;
and sometimes,
I even feel like a girl.

Now, at the beginning of Ellen’s thirty-second year, her physical condition has deteriorated still further. Her use of laxatives increases beyond measure. Every evening she takes sixty to seventy tablets of a laxative, with the result that she suffers tortured vomiting at night and violent diarrhea by day, often accompanied by a weakness of the heart. She has thinned down to a skeleton, and weighs only 92 pounds.

About five years ago, I was in a restaurant,
eating alone
with a book. I was
not married, and often did that ...

—I’d turn down
dinner invitations, so I could eat alone;

I’d allow myself two pieces of bread, with
butter, at the beginning, and three scoops of
vanilla ice cream, at the end,—

sitting there alone
with a book, both in the book
and out of it, waited on, idly
watching people,—

when an attractive young man
and woman, both elegantly dressed,
sat next to me.
She was beautiful—;

with sharp, clear features, a good
bone structure—;
if she took her make-up off
in front of you, rubbing cold cream
again and again across her skin, she still would be
beautiful—
more beautiful.

And he,—
I couldn’t remember when I had seen a man
so attractive. I didn’t know why. He was almost

a male version
of her,—

I had the sudden, mad notion that I
wanted to be his lover ...

—Were they married?
were they lovers?

Their behavior was circumspect. They discussed
politics. They didn’t touch ...

—How could I discover?

Then, when the first course
arrived, I noticed the way

each held his fork out for the other

to taste what he had ordered ...

They did this
again and again, with pleased looks, indulgent
smiles, for each course,
more than once for each dish—;
much too much for just friends ...

—Their behavior somehow sickened me;

the way each gladly
put the food the other had offered into his mouth—;

I knew what they were. I knew they slept together.

An immense depression came over me ...

—I knew I could never
with such ease allow another to put food into my mouth:

I knew that to become a wife I would have to give up my ideal.

Even as a child,
I saw that the “natural” process of aging

is for one’s middle to thicken—
one’s skin to blotch;

as happened to my mother.
And her mother.
I loathed “Nature.”

At twelve, pancakes
became the most terrible thought there is ...

I shall defeat “Nature.”

In the hospital, when they
weigh me, I wear weights secretly sewn into my belt.

January 16. The patient is allowed to eat in her room, but comes readily with her husband to afternoon coffee. Previously she had stoutly resisted this on the ground that she did not really eat but devoured like a wild animal. This she demonstrated with utmost realism.... Her physical examination showed nothing striking. Salivary glands are markedly enlarged on both sides.
January 21. Has been reading Faust again. In her diary, writes that art is the “mutual permeation” of the “world of the body” and the “world of the spirit” Says that her own poems are “hospital poems ... weak—without skill or perseverance; only managing to beat their wings softly.”
February 8. Agitation, quickly subsided again. Has attached herself to an elegant, very thin female patient. Homo-erotic component strikingly evident.
February 15. Vexation, and torment. Says that her mind forces her always to think of eating. Feels herself degraded by this. Has entirely, for the first time in years, stopped writing poetry.

Callas is my favorite singer, but I’ve only
seen her once—;

—It was in Tosca, she had long before
lost weight, her voice
had been, for years,
deteriorating, half itself ...

When her career began, of course, she was fat,

enormous—; in the early photographs,
sometimes I almost don’t recognize her ...

The voice too then was enormous—
healthy; robust; subtle; but capable of
crude effects, even vulgar,
almost out of
high spirits, too much health ...

But soon she felt that she must lose weight,—
that all she was trying to express

was obliterated by her body,
buried in flesh—;
abruptly, within
four months, she lost at least sixty pounds ...

—The gossip in Milan was that Callas
had swallowed a tapeworm.

But of course she hadn’t.

The tapeworm
was her soul ...

—How her soul, uncompromising,
insatiable,
must have loved eating the flesh from her bones,

—But irresistibly, nothing
stopped there; the huge voice

also began to change: at first, it simply diminished
in volume, in size,
then the top notes became
shrill, unreliable—at last,
usually not there at all ...

—No one knows why. Perhaps her mind,
ravenous, still insatiable, sensed

that to struggle with the shreds of a voice

—Perhaps the opposite. Perhaps her spirit
loathed the unending struggle

to embody itself, to manifest itself, on a stage whose

—I know that in Tosca, in the second act,
when, humiliated, hounded by Scarpia,
she sang Vissi d’arte
—“I lived for art”—

and in torment, bewilderment, at the end she asks,
with a voice reaching
harrowingly for the notes,

I felt I was watching
autobiography—
an art; skill;
virtuosity

miles distant from the usual soprano’s
athleticism,—
the usual musician’s dream
of virtuosity without content ...
—I wonder what she feels, now,
listening to her recordings.

For they have already, within a few years,
begun to date ...

Whatever they express
they express through the style of a decade
and a half—;
a style she helped create ...

—She must know that now
she probably would not do a trill in
exactly that way,—
that the whole sound, atmosphere,
dramaturgy of her recordings

have just slightly become those of the past ...

—Is it bitter? Does her soul
tell her

that she was an idiot ever to think
anything
material wholly could satisfy? ...

—Perhaps it says: The only way
to escape
the History of Styles

is not to have a body.

When I open my eyes in the morning, my great
mystery
stands before me ...

—I know that I am intelligent; therefore

the inability not to fear food
day-and-night; this unending hunger
ten minutes after I have eaten ...
a childish
dread of eating; hunger which can have no cause,—

half my mind says that all this
is demeaning ...

Bread
for days on end
drives all real thought from my brain ...

—Then I think, No. The ideal of being thin

conceals the ideal
not to have a body—;
which is NOT trivial ...

This wish seems now as much a “given” of my existence

as the intolerable
fact that I am dark-complexioned; big-boned;
and once weighed
one hundred and sixty-five pounds ...

without a body, who can
know himself at all?
Only by
acting; choosing; rejecting; have I
made myself—
discovered who and what Ellen can be ...

—But then again I think, NO. This I is anterior
to name; gender; action;
fashion;
MATTER ITSELF,—

... trying to stop my hunger with FOOD
is like trying to appease thirst
with ink.

March 30. Result of the consultation: Both gentlemen agree completely with my
prognosis and doubt any therapeutic usefulness of commitment even more emphatically than I. All three of us are agreed that it is not a case of obsessional neurosis and not one of manic-depressive psychosis, and that no definitely reliable therapy is possible. We therefore resolved to give in to the patient’s demand for discharge.

The train-ride yesterday
was far worse than I expected ...

In our compartment
were ordinary people: a student;
a woman; her child;—

they had ordinary bodies, pleasant faces;
but I thought
I was surrounded by creatures

with the pathetic, desperate
desire to be not what they were:—

the student was short,
and carried his body as if forcing
it to be taller—;

the woman showed her gums when she smiled,
and often held her
hand up to hide them—;

the child
seemed to cry simply because it was
small; a dwarf, and helpless ...

—I was hungry. I had insisted that my husband
not bring food ...

After about thirty minutes, the woman
peeled an orange

to quiet the child. She put a section
into its mouth—;
immediately it spit it out.

The piece fell to the floor.

—She pushed it with her foot through the dirt
toward me
several inches.

My husband saw me staring
down at the piece ...

—I didn’t move; how I wanted
to reach out,
and as if invisible

shove it in my mouth—;

my body
became rigid. As I stared at him,
I could see him staring

—At last, he bent down, and
casually
threw it out the window.

—I got up to leave the compartment, then
saw his face,—

his eyes
were red;
and I saw

On the third day of being home she is as if transformed. At breakfast she eats butter and sugar, at noon she eats so much that—for the first time in thirteen years!—she is satisfied by her food and gets really full. At afternoon coffee she eats chocolate creams and Easter eggs. She takes a walk with her husband, reads poems, listens to recordings, is in a positively festive mood, and all heaviness seems to have fallen away from her. She writes letters, the last one a letter to the fellow patient here to whom she had become so attached. In the evening she takes a lethal dose of poison, and on the following morning she is dead. “She looked as she had never looked in life—calm and happy and peaceful.”

Dearest.—I remember how
at eighteen,
on hikes with friends, when
they rested, sitting down to joke or talk,

I circled
around them, afraid to hike ahead alone,

yet afraid to rest
when I was not yet truly thin.

You and, yes, my husband,—
you and he

have by degrees drawn me within the circle;
forced me to sit down at last on the ground.

But something in me refuses it.

—How eager I have been
to compromise, to kill this refuser,—

but each compromise, each attempt
to poison an ideal
which often seemed to me sterile and unreal,

I am crippled. I disappoint you.

Will you greet with anger, or
happiness,

the news which might well reach you
before this letter? 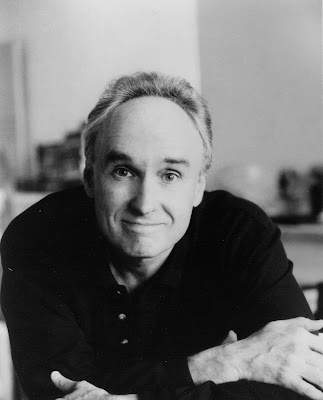