I keep wanting to go back, across an ocean, blue-gray and uncaring,
White cowlicks of waves at the continental shore, then the midsea combers
Like white centipedes far below the jetliner that takes me there.
And across time too, to 1919 and my ancestors fleeing Waialua Plantation,
Trekking across the northern coast of O`ahu, that whole family
of first Shigemitsu
Walking in geta and sandals along railroad ties and old roads at night,
Sleeping in the bushes by day, ha`alelehana—runaways
From the labor contract with Baldwin or American Factors.

My grandmother, ten at the time, hauling an infant brother on her back,
Said there was a white coral road in those days, pieces of crushed reef
Poured like gravel over the brown dirt, and, at night, with the moon up,
As it was those nights during their flight, silver shadows on the sea,
It lit their path like a roadway made of dust from the Ocean of Clouds.
Michiyuki is what they called it, the Moon Road from Waialua to Kahuku.

There is little to tell and few enough to tell it to—
A small circle of relatives gathered for reunion
At some beach barbecue or Elks Club veranda in Waikiki
All of us having survived that plantation sullenness
And two generations of labor in the sugar fields,
Having shed most all memory of travail and the shame of upbringing
In the clapboard shotguns of ancestral poverty.

Who else would even listen?
Where is the Virgil who might lead me through the shallow underworld of this history?
And what demiurge can I say called to them, loveless ones,
through twelve-score stands of cane
Chittering like small birds, nocturnal harpies in the feral constancies of wind?

All is diffuse, like knowledge at dusk, a veiled shimmer in the sea
As schools of baitfish boil and revolve in their iridescent globes,
Turning to the olive dark and the drop-off back to depth below,
Where they shiver like silver penitents—a cloud of thin, summer moths—
While rains chill the air and pockmark the surface of the sands at Sans Souci,
And we scatter back inside to a humble Chinese buffet and cool sushi
Spread on Melamine platters on a starched white ribbon of shining cloth. 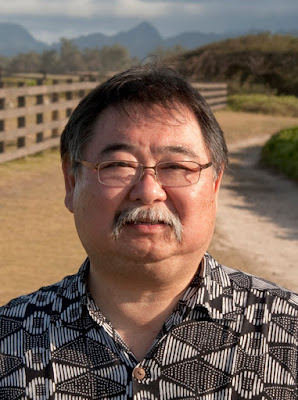