Kids once carried tin soldiers in their pockets as charms
against being afraid, but how trust soldiers these days
not to load up, aim, blast the pants off your legs?

I have a key-chain zebra I bought at the Thanksgiving fair.
How do I know she won't kick, or bite at my crotch?
Because she's been murdered, machine-gunned: she's dead.

Also, she's a she: even so crudely carved, you can tell
by the sway of her belly a foal's inside her.
Even murdered mothers don't hurt people, do they?

And how know she's murdered? Isn't everything murdered?
Some dictator's thugs, some rebels, some poachers;
some drought, world-drought, world-rot, pollution, extinction.

Everything's murdered, but still, not good, a dead thing
in with your ID and change. I fling her away, but the death
of her clings, the death of her death, her murder, her slaughter.

When the great bass stomped its galloping boom out
to the crowd, my heart swelled with valor and pride.
I remembered when we saluted, when we took off our hat. 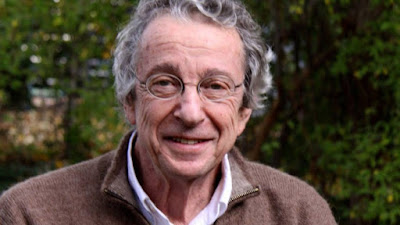