The Narrows is strips of yellow and jade,
Verrazano Bridge silver, horizontal lines,

the speed of a slap, the strain under the skin;
and this murky and absurdly massive figure

bent over double under an unknown burden;
and this bandaged wound, smudged contours,

body and mind breached;
and I thought this,

waking early, looking out, the too magnificent
to be described unclouded sky, night still

in the west, the eastern horizon crimson,
melting into blue, light’s solid pact being

forged without apotheosis, Governors Island
lashed by waves, where the two rivers meet.

everything is revealed. Dense constellations
of abject suffering, hell-holes, hell-time,

all things associated with what is configured.
Light not only looked at, but the light we have

looked at with, in common with Byzantine
mosaics, iconic, chromatic, glowing, as if

caught by the sunlit sky, revised, added to, a separate
palette kept for each poem, in the present, a presence,

here, a man who watches the woman he loves
as she walks toward him, in Battery Park, in patches

of light, in the birch leaf green, the harbor
bright blue, in pockets of deep green shade. 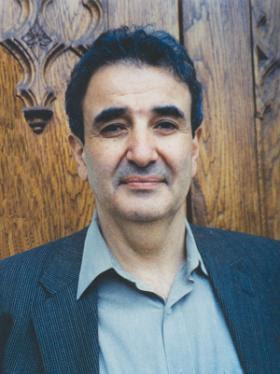 Posted by Anonymous at 7:22 AM